Our climate is changing rapidly and will impact our seas and ocean. EMB foresight activities on Climate Change assessed how the output of scientific research on the impacts of climate change on the marine environment are effectively translated to end users, and developed products and mechanism to ensure that reach in this filed is generating the desired impact in terms of public opinion and the development of effective policy.

News article and news release for the publication (March 2017)

News re-release for the publication (March 2018)

Science Commentary 1, Getting Ready for an Ice-free Arctic (April 2013) 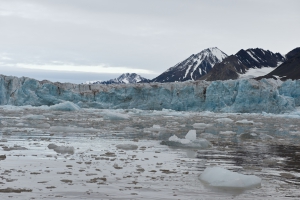 Climate for the 21st century is expected to be largely different from the present and the recent past, although there are good indications that during the Pleistocene CO2 and temperatures have been higher during certain periods than today. Temperatures are rising, 1998 has broken the record of the last millennium and 2002 arrived just behind. Clearly our climate is changing rapidly and climate change will impact regional sea environments in different ways.

Various European Institutions (e.g. UK Hadley Centre) have prepared global and regional climate change predictions which suggest a range of impacts including increased storminess, increased coastal erosion, changes in the biography of commercial species. Both positive and negative impacts (from a human perspective) have been identified.