The European Marine Board was established in 1995 to facilitate enhanced cooperation between European marine science organizations towards the development of a common vision on the strategic research priorities for marine science in Europe. 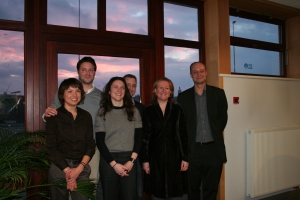 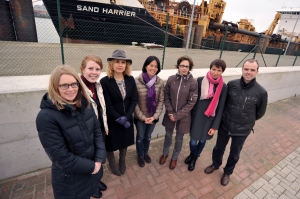 under the auspices of the European Science Foundation (ESF). The EMaPS Board provided coordination of specific marine and polar activities and initiatives, and the coordination of joint activities where appropriate. Members were either ESF member organizations, and major national marine or polar scientific institutions or groups of such institutions.

In 1998, an independent review of the EMaPS Board led to the establishment of two separate entities, the European Polar Board and the Marine Board. Operating within ESF as an expert board, the Marine Board became a self-funded non-governmental body whose membership was comprised of major national marine scientific 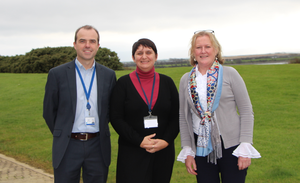 The Marine Board grew steadily and set up its own Secretariat in the ESF office in Strabourg, France with its first Executive Secretary, Niamh Connolly.

In 2007, the Marine Board relocated its Secretariat from Strasbourg to a maritime location within the InnovOcean site in the city of Ostend, Belgium. The move was made possible by a generous offer from the Government of Flanders, which continues to provide invaluable support to the hosting of the Secretariat today.

The Marine Board officially changed its name to the European Marine Board (EMB) in 2013, expanding its membership to include national consortia of universities with a strong marine research focus. In 2014, EMB celebrated its 15th anniversary a special event held at the EurOCEAN 2014 conference in Rome.

From 2016 onwards: towards a fully independent non-profit organization 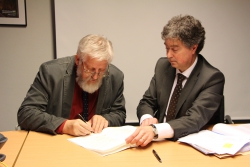 In 2016, the European Marine Board established its own legal organization as an international not-for-profit association under Belgian law, namely EMB-IVZW. Eight Founding Members signed the deed in the presence of a Notary Public at a dedicated founding meeting in Brussels on 20 January 2016. On 1 January 2017, EMB IVZW became fully independent of ESF. Niall McDonough left his post as Executive Director in August 2017 and was succeeded by Sheila JJ Heymans in January 2018, with interim leadership provided by Kate Larkin.

Over the past years, European Marine Board has evolved into a dynamic, innovative and creative organization 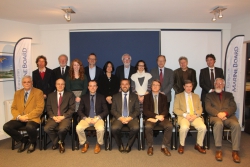 drawing on its membership and the wider marine science community to advance the European marine research and policy agenda and to promote the importance of marine science and technology in sustainable ocean development and governance. Through our expert working groups, our strategic publications, and the facilitation of major marine science-policy conferences EMB helped to develop a coordinated and integrated policy framework for marine science and ocean stewardship, contributing to societal needs. 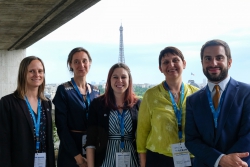 Looking ahead, EMB will continue to operate as the foremost platform for seas and ocean strategy and foresight in Europe. EMB has built a strong reputation through development of rigorous processes for delivering science policy advice and through its continuous adaptation in the changing marine science policy landscape. EMB will continue to work with key partner networks to advance marine science and identify emerging challenges and opportunities of societal importance.