Social skills in marine scientists: Empathy as a resource to work together with stakeholders

This blog, written by EMB Young Ambassador Dr Alfredo García de Vinuesa, the importance of being empathetic when working with stakeholders.

Tragedy of the commons was postulated by Garret Hardin in 1968. In this work it is recognized that when a resource is common, all users try to obtain the maximum benefits by exploiting it and nobody is worried about conservation, ending with its destruction. Oceans are considered a public resource, and due to their enormous extension, control of human activities is extremely difficult. Oceans are therefore especially affected by this tragedy. However, all is not lost. Lately it has been shown that some kinds of participative management of marine resources are able to achieve a higher engagement in the conservation from users. In this sense, it has become increasingly evident to scientists that to resolve marine problems it is not enough working in the lab, classifying fish in vessels, or measuring physical variables. Human activities cause an enormous impact on oceans, so in order to find equilibrium between the exploitation and conservation of marine ecosystems, scientists must learn to work with people.

Users who have an interest in a concrete resource, known as stakeholders, usually have a wide amount of useful information about it. One of the clearest examples of this is the information held by fishers about marine ecosystems. How many hours is a fisherman at sea? How many species do they know and recognize after thousands of days working in their vessels? The value of this information to improve the management of human activities in the sea is paramount, thus as scientists, we have the responsibility to obtain and understand this information, and then use it in the best possible way. Unfortunately, scientists and stakeholders have traditionally had many misunderstandings. In the case of fishers, many have even perceived scientists as enemies, since they can encourage the government to take management measures, such as for example assigning Marine Protected Areas (MPA) or temporary closures to fishing, directly affecting fishing activities. Although this kind of measure has been taken on many occasions for better overall management of fishing resources, is often not respected by fishers, especially when they are not taken into account in the decision-making process. Here is where scientists need to develop new tools in the form of specific social skills to improve the communication with stakeholders like fishers, in order to help them to achieve equilibrium with ecosystems, for the good of both, using their knowledge and taking them into account in management processes. 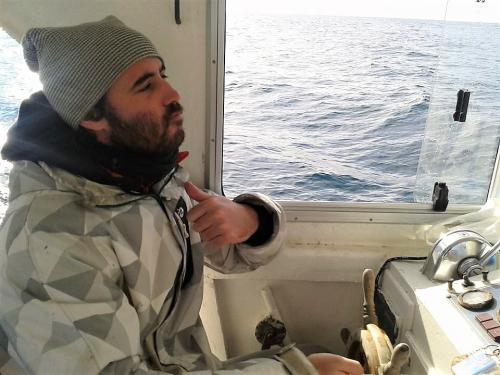 Empathy is a social skill defined by Merrian-Webster dictionary as “the action of understanding, being aware of, being sensitive to, and vicariously experiencing the feelings, thoughts, and experience of another from either the past or present without having the feelings, thoughts, and experience fully communicated in an objectively explicit manner”. This ability is a key competency of emotional intelligence and is necessary, among other things, to improve human relationships and resolve conflicts. Human communication is a largely emotional, and for this reason, to establish good relations with stakeholders, we need to develop this skill. However, emotional intelligence is not usually specifically developed in the scientific world.

Empathy could be in many cases one of the keys to achieving successful marine management. In this sense, nowadays there are successful examples of collaboration in the management of marine living resources between several stakeholders. The case of the sand eel, or “sonso” in Catalonia, is a good example. Before 2011, the price of sonso was especially low and there was no control over the amount fished. In addition, European Union banned the use of the gear used in this fishery, considering that this gear was being used too near the coast and could has impact over marine bottom. At that moment, fishers asked for help from the scientists to prove that it was possible to conduct this fishery sustainably. Therefore, starting in 2012 in Catalonia, the committee for the sonso fishery was established. This committee works in co-management and it comprises of fishers, scientists, NGOs, and the Catalan government. Between the committee members they decide each month on the sonso quotas, based on scientific advice, and fishers collaborate actively to help with the sampling to understand the state of the stock and to advance knowledge about this species’ biology. In this committee, it was necessary to use great doses of empathy to understand the different opinions and positions of every stakeholder and achieve agreements. Currently, the price of sonso is more than 10 times that of 2012, the fishers only need to work a few hours each day, on some occasions two or three hours, and the conservation of the stock is optimal. This kind of participative management is just an example of what can be achieved with better understanding between stakeholders. 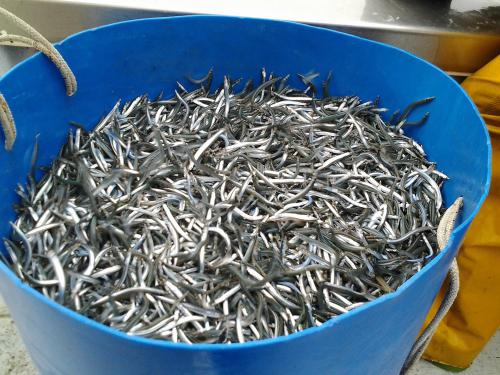 It seems clear that the future of the management of natural resources is in the use of participative management, adapting it to the special characteristics of each ecosystem and its social components, looking to resolve current challenges through respect and understanding between stakeholders. For that, developing social skills such as empathy is totally necessary, especially if as scientists we want to take the initiative in this kind of process.