Despite significant research in recent years, the deep sea remains the largest (>1.2 billion km3) and least well-explored global region. The deep sea is a critical part of the wider Ocean-climate-biodiversity nexus, and plays a key role in the processes that are critical for supporting life on Earth. It also contains resources that are of interested to various (Blue Economy) sectors and industries, such as fisheries, biotechnology, energy, and mineral resources. 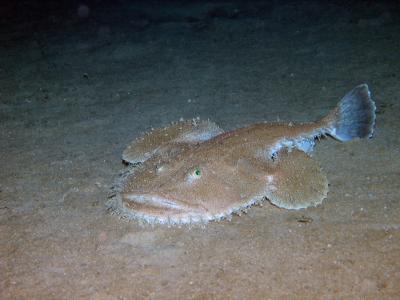 There are several definitions for where the deep sea begins, but for the purposes of this work, the deep sea will be defined as the water column and seabed below 200 m. This follows the definition by Gage & Tyler (1991) as was used in the previous EMB publication on this topic, the Position Paper 22 "Delving Deeper: Critical challenges for 21st century deep sea research" from September 2015, and its accompanying Policy Brief 2 "How can we achieve sustainable management of our deep sea through integrated research?" from November 2015.

The deep sea covers most of the habitable volume of the Ocean and is the home for a myriad of unique and endemic species, habitats and ecosystems such as hydrothermal vents and seamounts, many of which still need to be discovered and understood. Given the complexity and scale of the deep-sea environment, it appears from the literature that studies often focus on limited regions, parameters or species, and broader perspectives have not been published in the literature. In addition, there is limited published discussion on the wider needs for deep-sea technology, beyond a few proposals for specific technologies. This gap needs to be filled to help provide clarity on what technology and innovation is needed to support ongoing and future deep-sea research.

The European Marine Board considered timely to revisit this topic, to take stock of where we are, to highlight the progress that has already taken place, and to make recommendations to take deep-sea research forward. Discussions on the impact of climate change, industrial fisheries on the deep-sea ecosystem, on deep-sea mining and other impacts, microplastics included, are becoming more commonplace in scientific, economic, and political circles, and are reaching public conversations, partly thanks to significant science communication efforts in this area. There are also many stakeholders in the deep-sea field with varying agendas and perspectives, including from natural and social science governance, industry and NGO’s, each conducting their own discussions, research and data collection. For this reason, it would be of significant benefit for all stakeholders to develop a document that takes an overarching view, to outline what the current state-of-the-art is, and what the next steps need to be for sustainable development in terms of scientific research and governance of the deep sea.

The aim of the working group will be to produce a Future Science Brief outlining the current policy- and research funding status and future recommendations in relation to the deep sea. This document should not focus on any specific sector or field, but take a holistic view of the deep sea, and highlight how the deep sea contributes to overall Ocean health, and what research is needed to ensure sustainable management of its resources.

The document will be primarily written from a European perspective, but due to the nature and location of the deep-sea (joining several overseas territories), as well as the global operation of European industry (e.g. mining and fishing), the document will have global relevance. It could also provide future direction for non-European states for their engagement with the deep sea. In addition, as there are many stakeholders involved in deep-sea topics, the working group has to be aware of current European and global activities, initiatives and conversations; to avoid duplication of efforts where possible.

The final output of the Working Group will be an EMB Future Science Brief to be published in 2024.

The Terms of Reference describing the objectives and operation of the Working Group can be downloaded here.